Become A Part of Our Story

Tradition is at the heart of everything we do at Linekin Bay Resort. Read on to learn more about our history. Then, browse our accommodations, book your getaway, and join us to become a part of the story! We Go Way Back

In 1909, Grove Ross Branch and his wife, Elizabeth Garrabrandt Branch, purchased “The Point” (also known as Wall Point on Linekin Bay, just east of Boothbay Harbor, Maine) from Judge Kenniston, which is the site of Linekin Bay Resort today. Grove and Elizabeth had been members of the Commonwealth Art Colony on Mount Pisgah overlooking Linekin Bay. They had admired the Point from the summer art colony but as teachers and artists were not in a financial position to purchase it outright. However, a wealthy acquaintance, Mr. Grover, indicated to them that he had an interest in the property.

One day, Mr. Grover informed Grove and Elizabeth that he had an appointment with the Judge to buy the property but he was also thinking about some land around a nearby small lake that also overlooked Linekin Bay. So, he went out for a last look at both pieces of land before seeing the Judge. As a result, Mr. Grover was 20 minutes late for his appointment, but he had made up his mind and announced to the Judge as he entered the room, “Well, Judge, I’m here to buy the Point!” A few days later, the Branches met with the Judge, on time, and asked if they might buy the Point, but on a payment schedule. The Judge was most accommodating. 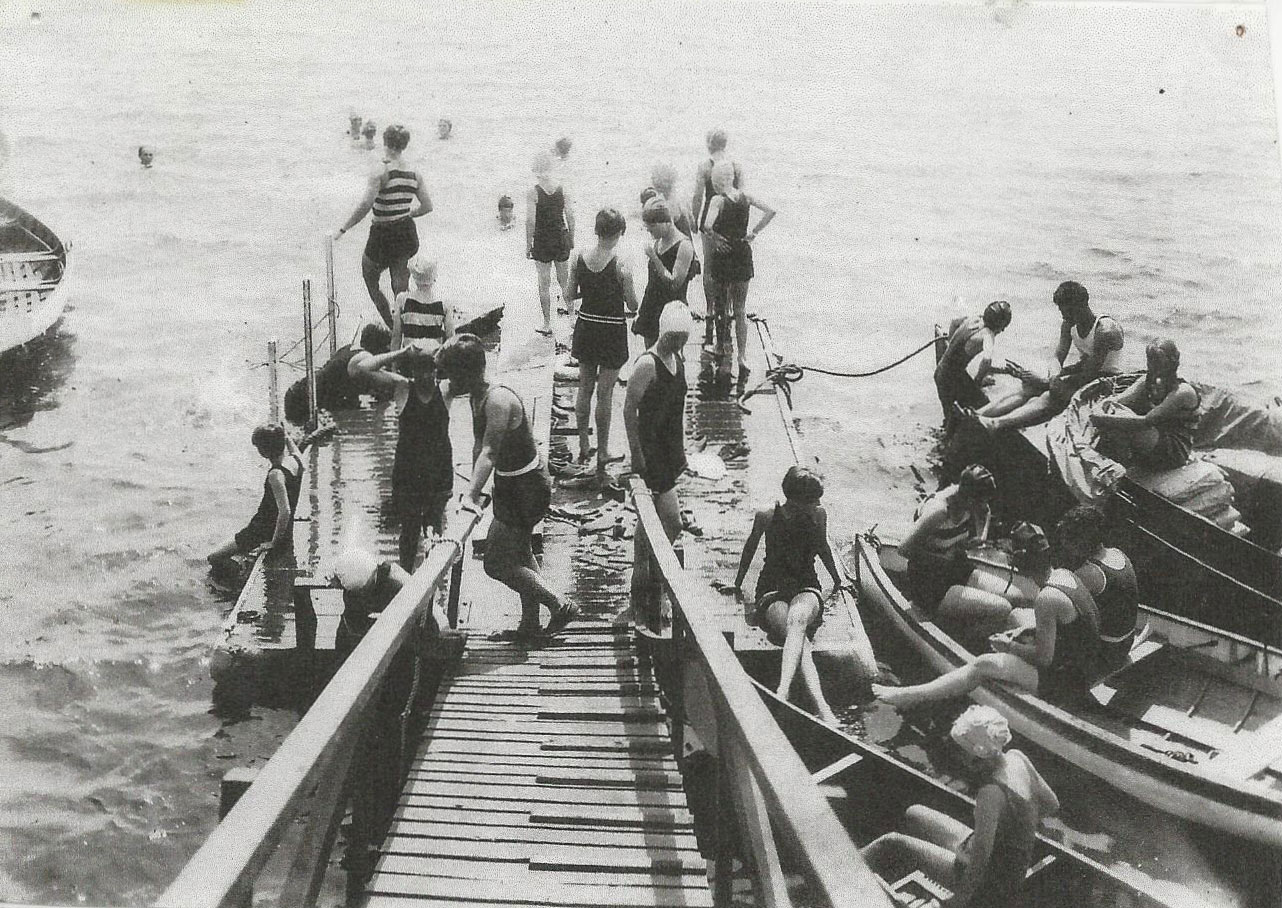 The First Cabins at Linekin Bay

Soon after, the Branches built a two-story cabin on the site, with a pier in front. The stairs and fireplace of that original cabin are to the right of the entrance of the Main Lodge of the Resort today. On the stairway post is a mounted brass plaque upon which Grove embossed the latitude and longitude of the Branches’ new summer home. During the winter, when the cabin was shuttered and a stone was put on the chimney to keep out the squirrels, the Branches resided in Worcester, Massachusetts, where Grove taught ceramics and jewelry-making at Worcester Academy and the Worcester Art Museum. He had grown up in Florence, Massachusetts, where his father owned a general store and his mother inherited a small tobacco farm. Elizabeth came from Newark, New Jersey, where her father, also a store proprietor and the owner of a brickyard, had been both a state Assemblyman and state Senator.

With large families and large family members, the Branches found that their new summer home was an attraction to which their relatives and friends flocked and at which they stayed for weeks, if not months. After all, trips from New Jersey and Massachusetts, in those days, involved train rides to Boston, the overnight steamboat to Bath, and a coastal ferry to the dock in Boothbay Harbor. Such a long trip required an equally long visit! However, of Huguenot ancestry, Elizabeth was not the sort of person to watch even her relatives eat her out of house and home. Recounting these events in later years, she would often complain of visitors who thought that picking a half full jar of blueberries was an adequate contribution to the larder.

As a result, in 1919, the Branches evicted the friends and relatives and founded Linekin Bay Camp, a summer waterfront camp for girls. Since both of them were teachers and artists, it was a natural use of a wonderful site and of their talents. Elizabeth was the organizer, the manager and the firm hand. Grove was the charismatic, gregarious and spontaneous leader of the troupe. Drawing in campers, first from Massachusetts and New Jersey, Linekin Bay Camp became one of the best-known of the summer residence programs that were established to provide invigorating and companionate experiences for girls and boys between the two great wars. Always in control, Elizabeth, or Mrs. B., as she was known by to the campers, wrote out the camp’s name as LIN-E-KIN, to ensure the proper pronunciation. Her two children, Robert and Elizabeth, who were known to the campers as Bobby B. and Betty B., had the run of the property, though as he grew older, Bobby B. had to announce himself as he walked the path between the tents and cabins lest a girl camper be surprised in a state of undress.

The girls had many scheduled activities, which included arts and crafts, fencing, horseback riding, paddling war canoes, fishing, rowing, sailing, playing tennis, performing musicals and swimming. Every day involved swimming and diving in Linekin Bay, in water, which rarely rose above the mid-50 degrees Fahrenheit. The survivors of the Camp were a rugged lot with great affection for their summers of fun and challenge. They were treated with respect for their abilities and with much care by such counselors as Fitzie and Ilene, as well as the Branches.

In 1938, when Grove passed away, his son, Bob, left his employment as an engineer to help his mother continue to run the Camp. He entered the teaching profession. He would combine the two vocations until his retirement from teaching in 1968. Part of the job of running the Camp was recruiting campers through the use of reunions/recruiting sessions at the winter homes of Linekin veterans. Another critical aspect was visiting colleges to hire counselors for small salaries, room and board, and the benefit of the experience. One year, Elizabeth and Bob visited the New England Conservatory of Music and interviewed a piano and voice student, Ida Bardwell, of Greenfield, Massachusetts, for the position of music counselor. When they left, Ida’s roommate said, “You’re going to marry that young man.” Ida replied, “You’re crazy! He just sat there like a lump and said nothing.” Three seasons later, her roommate was proven correct, and Ida and Bob were married on the coast of Maine. 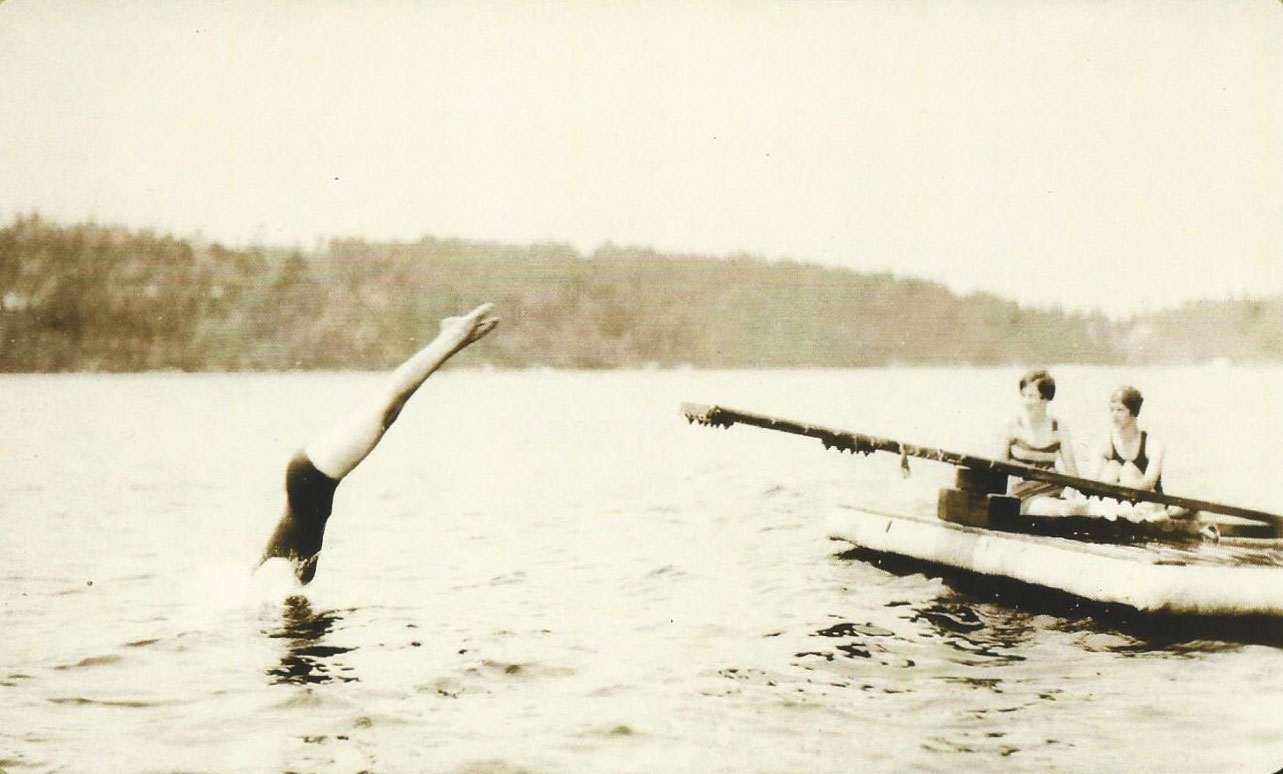 During World War II, the Camp fell on difficult times as counselors became scarce and parents of campers became anxious about rumors that German submarines might shell or invade the Maine coast. In 1944, a small number of campers appeared, some with their parents who stayed in empty cabins. In 1945, only a few family friends and old camper families summered at Linekin. During the war, Bob served as a naval lieutenant and engineering officer, on an LST in the invasion of Italy and southern France. War babies Peter and Kristina were born to Bob and Ida during those years. When Bob returned, he convinced his mother to reopen Linekin as a summer inn for families. The first season was in 1946. Sailing and boating were the featured activities, as well as tennis and horseback riding. The lack of interest in the horses led to fat, under exercised horses and, ultimately, a discontinuation of this activity. From a Girls Camp to a Family Resort

Over the years since 1946, Linekin Bay Camp became Linekin Bay Resort, added accommodations, constructed a heated salt-water swimming pool on the edge of the bay, developed a loyal national customer base, and continues to offer full-service Maine hospitality at an affordable rate. Bob and Ida Branch became famous for the family atmosphere of the Resort, in which their children and grandchildren have also played a part. With Bob’s death in 1996, the challenge of running Linekin was undertaken by Ida.

At the age of 90, Ida retired from active participation, and Linekin Bay Resort, Inc. was taken over by her children, Peter and Kristina, who, with their very supportive spouses, Paula Carreiro and Doug MacKay, worked with the general manager. Peter’s children, Mason, Sarah and Ross, have all taught sailing and managed the waterfront. Ross, a boat builder, maintained the fleet and the facilities. Doug and Kristina’s children, Alex and Zoe, came from California each summer as Linekin Bay Resort apprentices.

Over the next few years, Peter and Kristina had planned to develop 35 cottages on the property and hired Steve Malcom and Knickerbocker Group to handle the planning and permitting. Although the deal received the required permits, it fell apart in 2008 due to the economy. During this process, Steve got to know the Branch family well and stayed in touch with them.

In early 2015, the Branch family put Linekin Bay Resort on the market, and in December the sale was finalized to Scott Larson, owner of the Newagen Seaside Inn, and Steve Malcom, owner and CEO of the Knickerbocker Group. Scott and Steve’s business relationship and friendship began over a decade earlier when Scott hired Steve and Knickerbocker Group to help him overhaul Newagen Seaside Inn in Southport. The two hit it off so well that they were eager to collaborate again. When the Linekin Bay Resort opportunity arose, they grasped it.

Early in 2016, after a lot of careful planning and some tough but necessary decisions, Scott and Steve embarked on phase one of Linekin Bay Resort’s revitalization project. Renovations were made and even some rebuilding and new buildings. They extended the open season with a new Spring & Fall season, they added more boats to the fleet, hired a new executive chef at The Deck Bar & Grill, and put a plan together to welcome back return guests as well as attract new ones. In Spring of 2016, they opened their doors with excitement and more than a few parties. 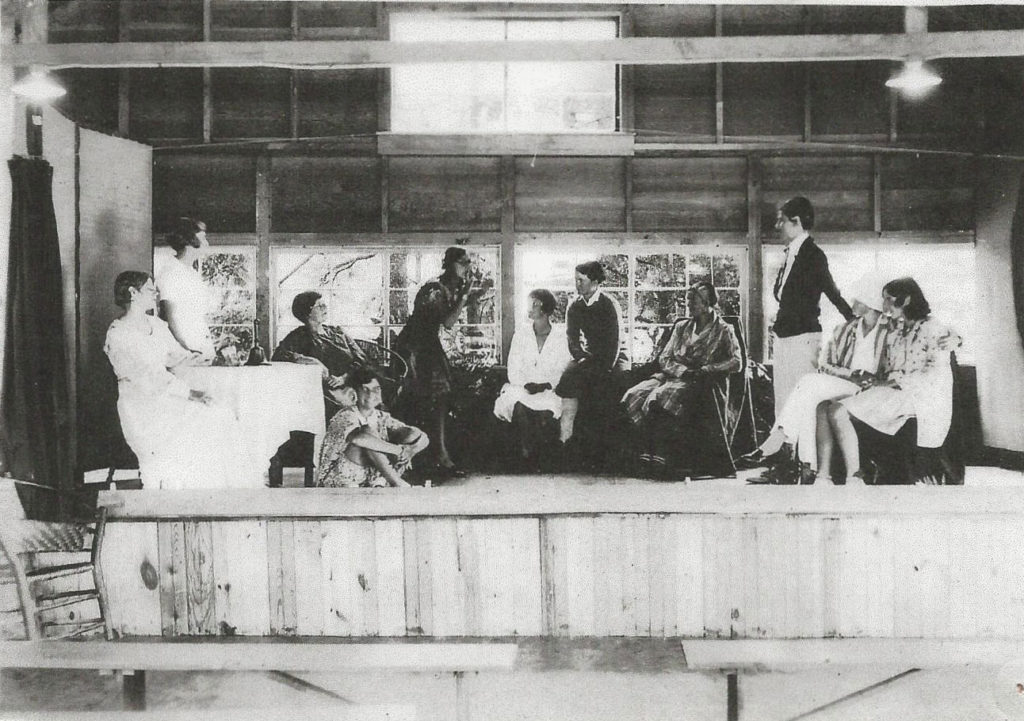 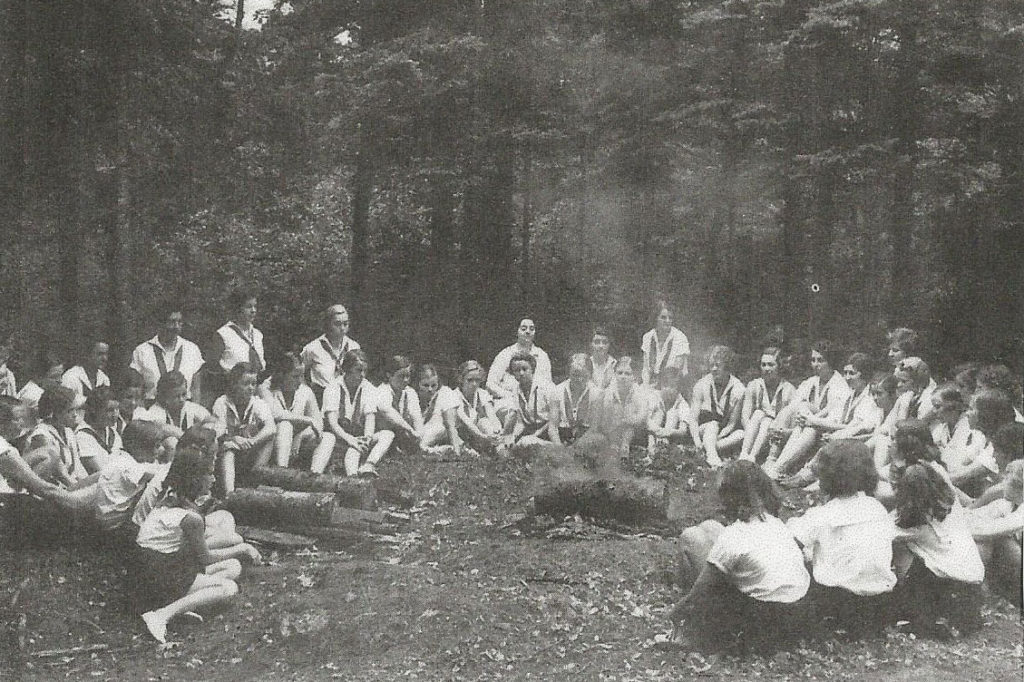 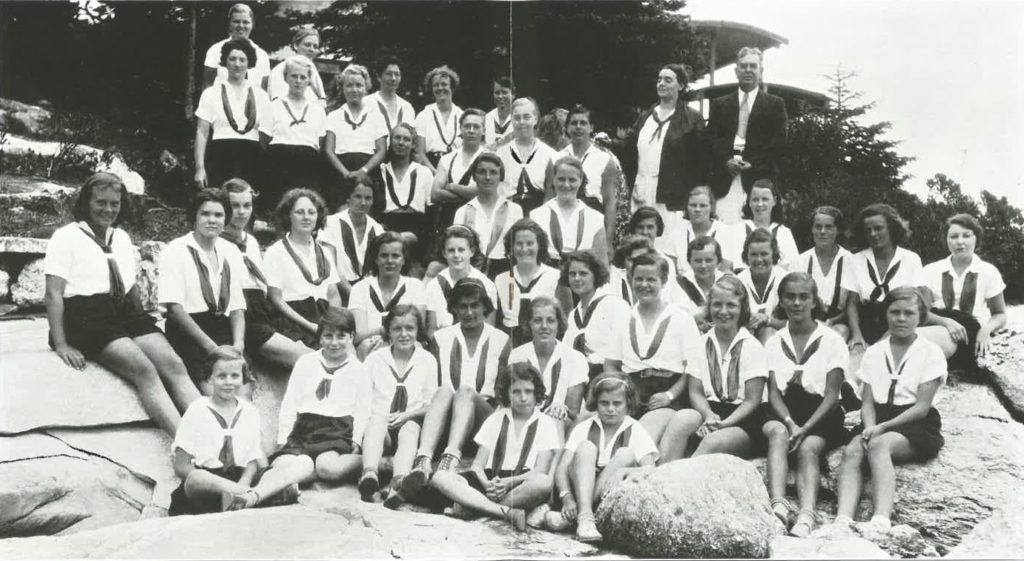 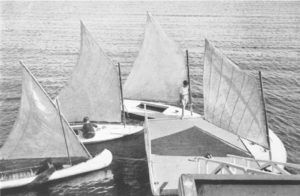 Are you ready to plan your next getaway to Boothbay Harbor?

Click below to check availability and book your stay at Linekin Bay Resort today!